Near the city of Aachen 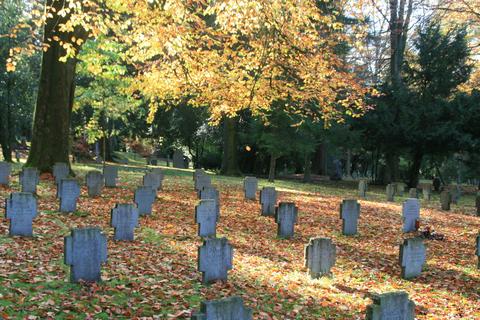 The German War Cemetery is part of the Waldfriedhof, the Forest Cemetery of Aachen. At this War Cemetery victims of war are buried: soldiers, civilians and victims of concentration camps.
The War Cemetery (Ehrenfriedhof) is about 85,000 square meters and is the resting place for 5083 war victims. Of which 2623 have died during the Second World War. The cemetery is like a forest with many stone crucifixes, a place of contemplation.
The crucifixes are grouped in fields, the oldest are First World War Militairy graves, these are from the period 1914-1918. The graves from the Second Warld War Militairy are mostly from the years 1940 and 1944. In 1944 many German soldiers died during the Battle of the Hurtgen Forest, the Battle of the Bulge and the Battle of Aachen. Also more than 1000 civilian victims of the bombing of Aachen found there final resting place here. A stone cross of 6 meters is located at an open place in the centre, the cross is made of Belgian bluestone and has a weight of about 30 tonnes.

The War Cemetery is located on the left, after passing the white entrance buildings, take left turn. 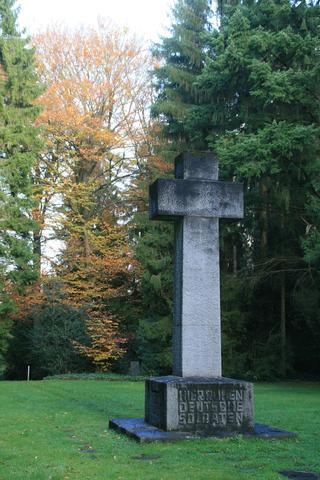