On the side of the church 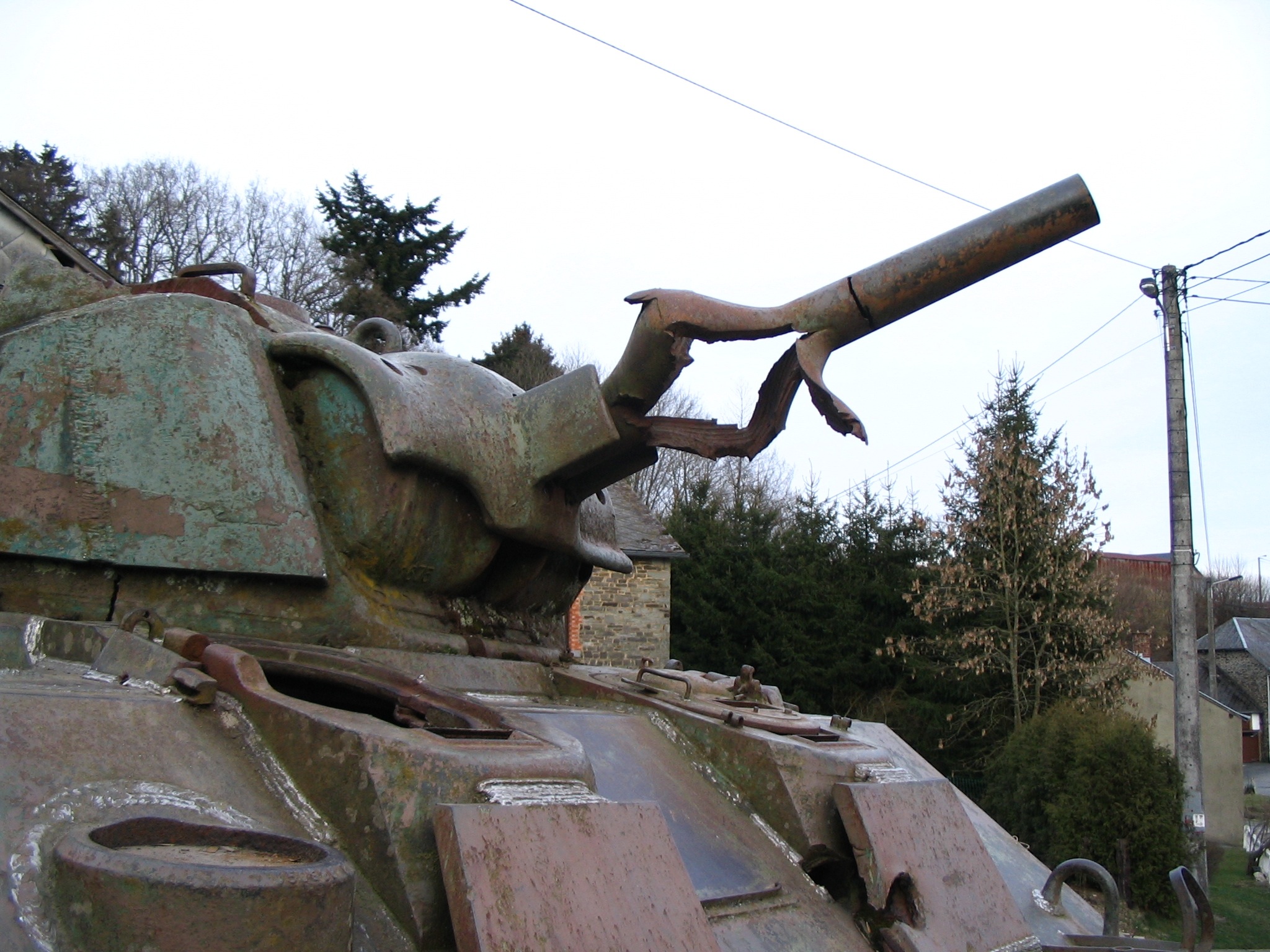 Behind the church of Wibrin you can find a M4-latemodel Sherman. This tank was saved by the inhabitants of the village in 1950 from scrap metal dealers who had already started dismantling. Only the front end is left, but this way you can see the armor tickness. Next thing to notice is the exploded gun barrel, maybe to render it useless. The front armor shows two holes, probably caused by German armor piercing shells. Notice that the extra added armor plate didn’t help. The tank was knocked out during the Battle of the Bulge, probably in Januari 1945.
These photo’s are taken in 2005. In 2010 the Sherman and the site were renovated. 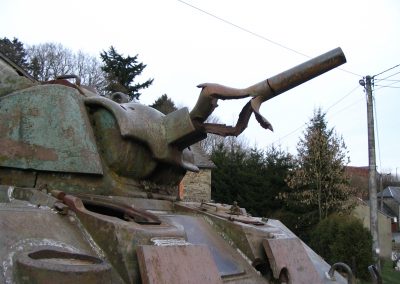 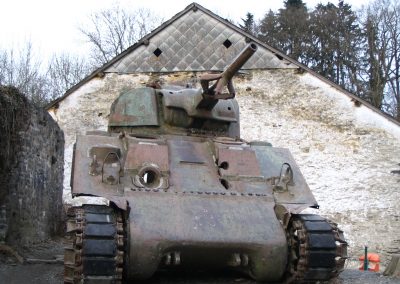 The extra plating did not help