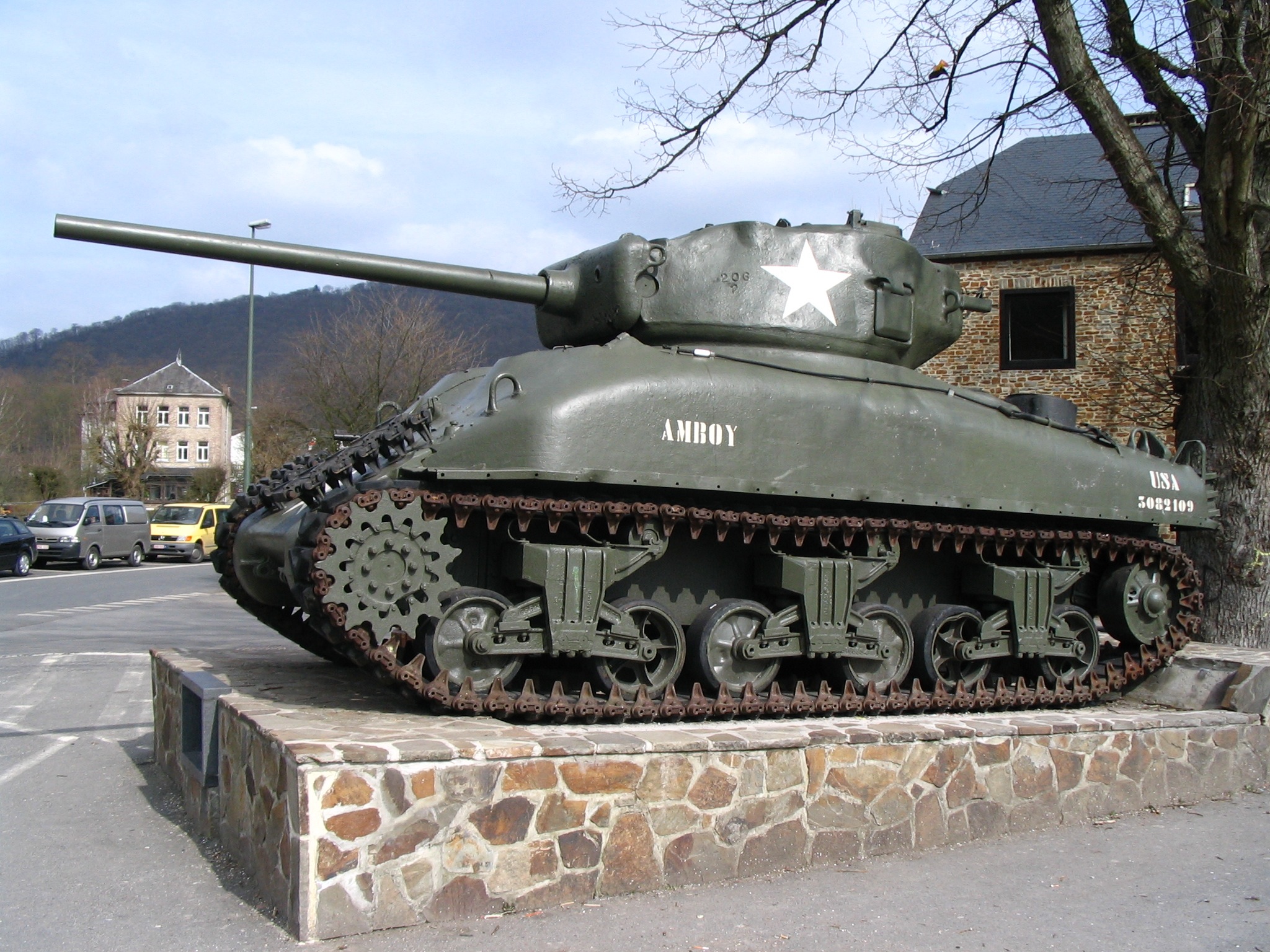 Tank in the middle of Bastogne

The plaque at the front reads:
In honor of the gallant soldiers of the 2nd and 3rd US Armored Divisions who liberated our town and its villages in January 1945 during the Battle of the Bulge.
M4A1 SHERMAN TANK (76-mm. gun), restored and put in position by the Belgian “1/3 Régiment de lanciers” (Cavalry Regiment)
La Roche-en-Ardenne, 17th December 2004 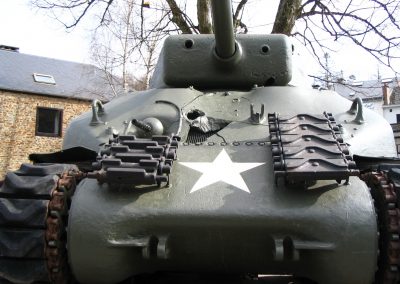 The battered front of the Sherman 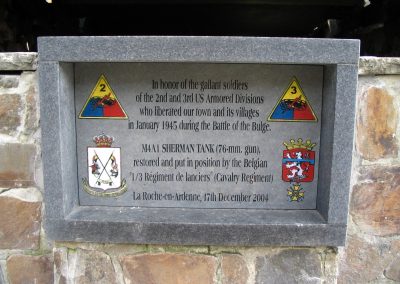 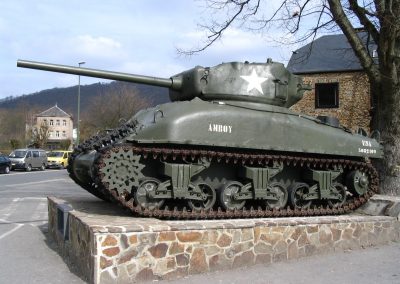