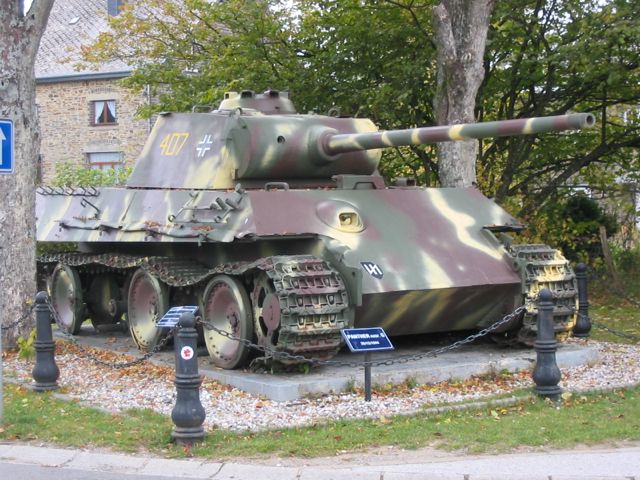 A christmas to remember

During the Christmas days of 1944 a battle took place at the village of Grandmenil. The US 75th Infantry Division and the 3rd Armored Division faced the 2nd SS Panzer Division Das Reich. The American could halt the attack of the elite German armored division. Several days of fierce fighting followed and the village was heavilly shelled and bombed by the American artillery and fighter-bombers. The Axis forces were eventually pushed out of Grandmenil, but at the cost of many lives.

Till long after the battle the area must have been littered with knocked out or abandoned tanks. The Panther tank at the crossroads at Grandmenil was left behind by the retreating 2nd SS Panzer Division. Due to fuel shortage the Panther was left undemolished in a nearby meadow. Now it serves as monument to remember the war events of December 1944 at this place. The tank monument is situated at the roundabout in the village Grandmenil along the highway N807 between Hotton and Vielsalm. 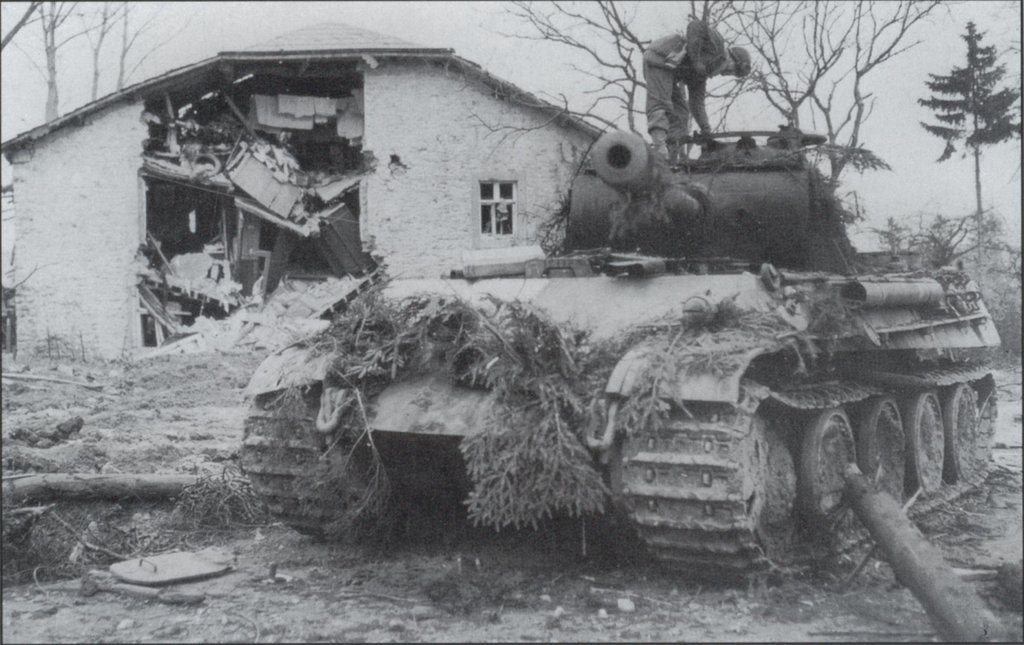 For more WW2-pictures and the story of the Battle of Grandmenil. 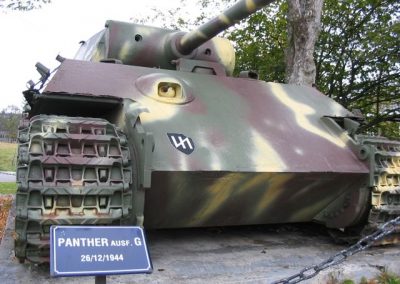 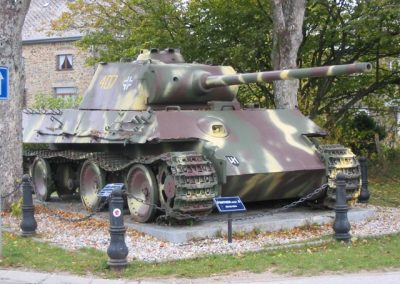 Panther Ausf G at the roundabout of the village Grandmenil Belgium 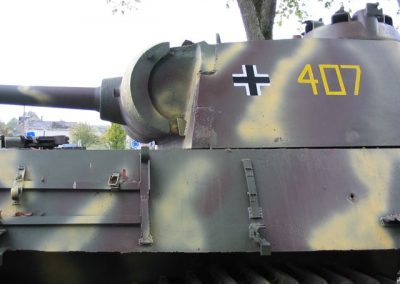 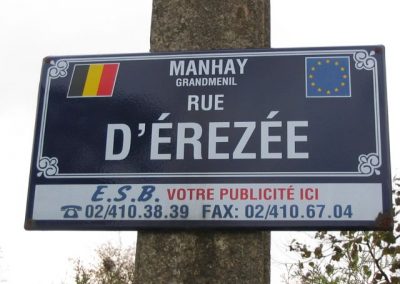