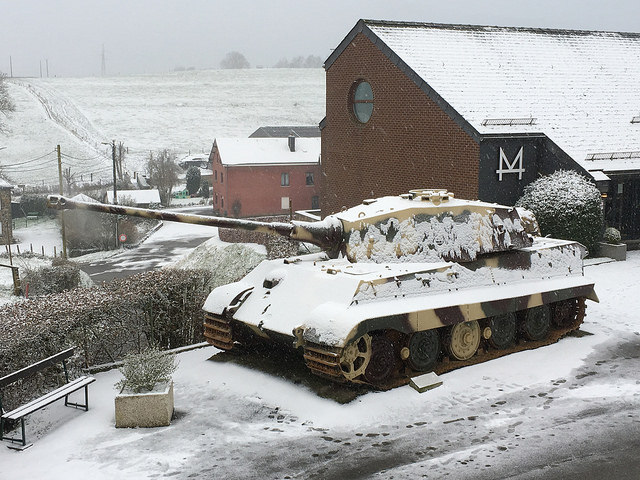 The King Tiger was part of one of the SS spearheads to capture bridges across the river Meuse in 1944. Kampfgruppe Peiper was the name of the spearhead, this was an elite taskforce of Hitler, with 4.800 soldiers, 600 vehicles. A few of these vehicles were the at that time newest super heavy Tiger II, also known as King Tiger. This behemoth of 70 tonnes was most feared by the Allies, because it outmatched all of the Allied tanks. It is said the King Tiger could take out 4 Sherman tanks before the 5th Sherman could circle around and put a few shots into the rear. Only the rear-armour could easilly be penetrated by the gun of the Sherman tank.

Kampfgruppe Peiper was pinned down at this village, roads to the west were blocked by the 82nd Airborne Division, engineer and other units. Being stopped and under heavy artillery shelling and fuel shortage, made commander Peiper decide to abandon 135 vehicles at La Gleize. Some 800 SS-troops retreated by night though the woods back to German lines.

This King Tiger with the turret numer 213 was also left behind near the village La Gleize. The gun barrel was damaged and the tank was left behind by the crew. After the war all vehicle wrecks were towed away by US units. A local lady named Jenny Geenen-Dewez traded this tank for a bottle of brandy. So otherwise would this tank not be here in front of the December 1944 Museum. 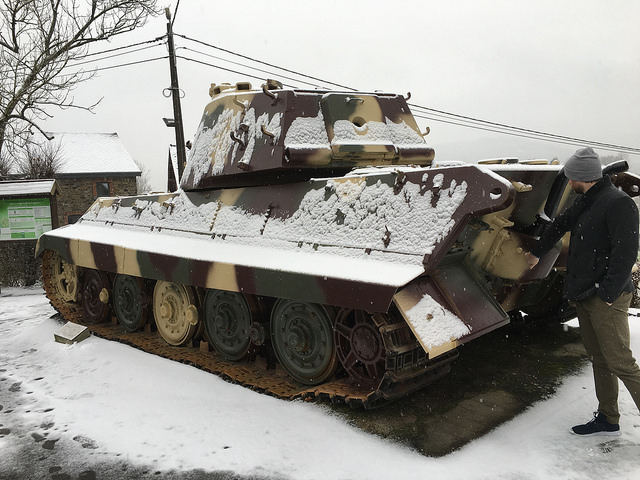