Near the city of Liege 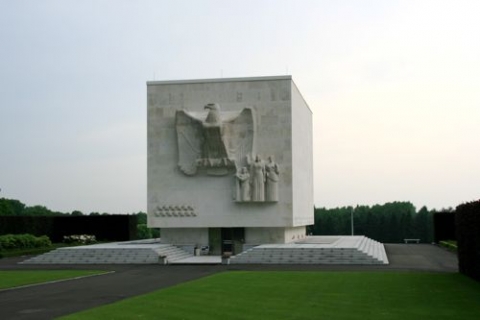 This military cemetery is officially called “Ardennes American Cemetery and Memorial.” The American cemetery is located about 20 km south-west of Liege in the town Neupre. Here rest 5328 American casualties of World War II.

The cemetery was originally intended for those who fell during the Battle of the Bulge. But later on primarily victims of the air war over Europe found a final resting place at this location. In addition to the American soldiers who rest here, the names of 462 missing are carved on panels on both sides of the chapel.

Inside the chapel large maps of the liberation of Western Europe are displayed, in particular the Battle of the Bulge and the advance to the Rhine. At this memorial you can also find a visitor center with restrooms and free parking space.

The cemetery is open daily to the public from 9 a.m. to 5 p.m., except December 25 and January 1.
Other nearby American cemeteries are “Henri-Chapelle American Cemetery” and “World War II Netherlands American Cemetery and Memorial.” The latter is located at Margraten, The Netherlands.